Another Wednesday afternoon with enough disposable time to do a pre-group-ride leg softener.

I did some maintenance after Saturday Morning's ride, including a new chain, so I wanted a shake-down ride to make sure everything was in good nick.  My Bike Mike was tip top and also clean and shiny.

First ride up was windy, with a few sections of severe gusts.  Second ride up had less wind but was a little cooler.  Cool?  It's almost July!

Charlie had a story about how the head band straps on his helmet had broken somehow, so he had a new POC helmet... one of those with the really big vents.  I always thought they looked kind of odd, but I see what other people like in them.  Charlie said it fit the best, and that's more important than style anyway.  Also he said it fits well over his sunglasses, and his visor cap, so those were his other criteria... an experienced helmet shopper.

Special guest riders:  Tanner, Donna, and Kathryn.  I saw JB going up when I was coming down from Junction #1:  new bike status=not. 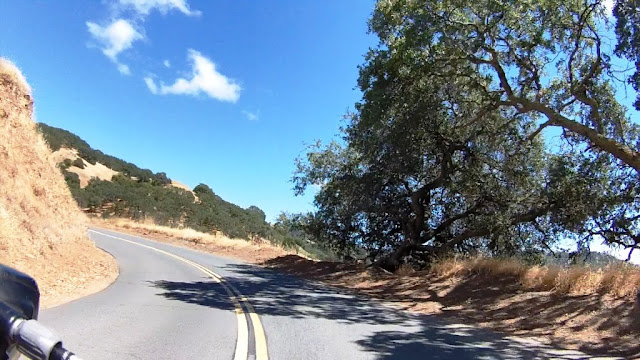 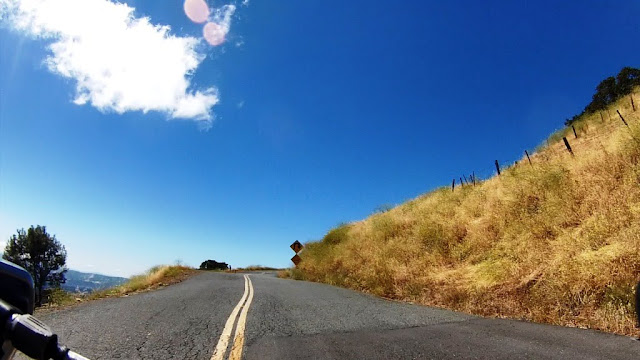 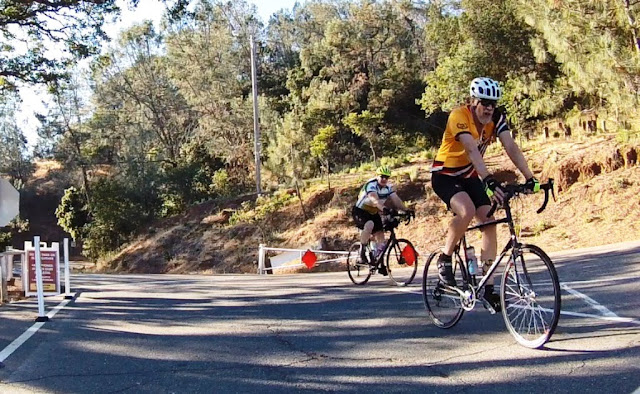 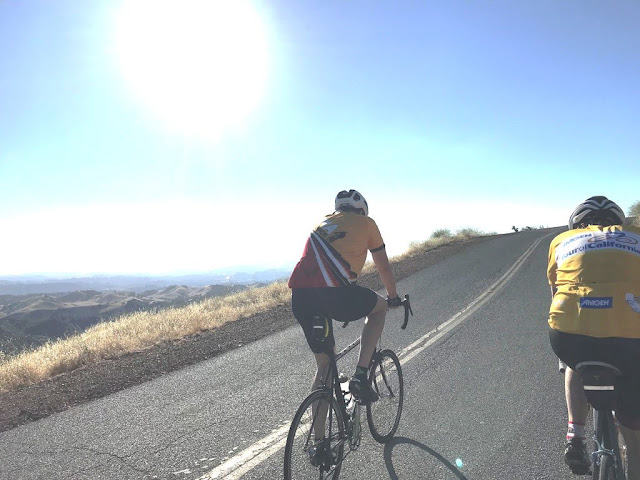