Too smoky to do our Saturday Morning Ride - AQI was almost 200.
Today was much better. Just me, so I did some house stuff and then went around 3PM. Hardly any riders up there, it was on the hot side.
Passed'em-Passed'me ratio = 3:0
Started off fast, thinking I'd do a good time. Began to fade half way up The Bump, barely broke 50min and I had nothing left.
I was the only one at Junction, not even a Ranger in the house. Then this young man drove up and parked and looked in the windows. He asked me if this was Junction and I assured him it was. He said his mother had been in a bicycle crash on The Mountain earlier in the day and had been taken to the hospital and the Rangers kept her bike and he was told the bike would be at Junction. So I suggested he call the Park to have somebody meet him there and transfer custody of the bike and that's what he did. He said his mom was a regular Diablo rider named "Samantha" and I told him I know a lot of the regulars but nobody named Samantha. So best wishes for Samantha at John Muir. Still no ranger there when I turned down.
I have yet to see my first tarantula of the season. 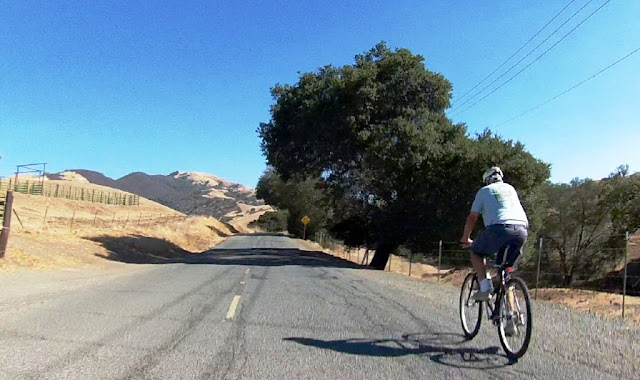 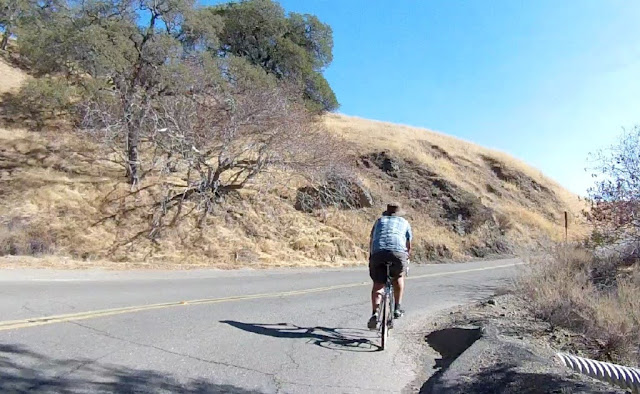 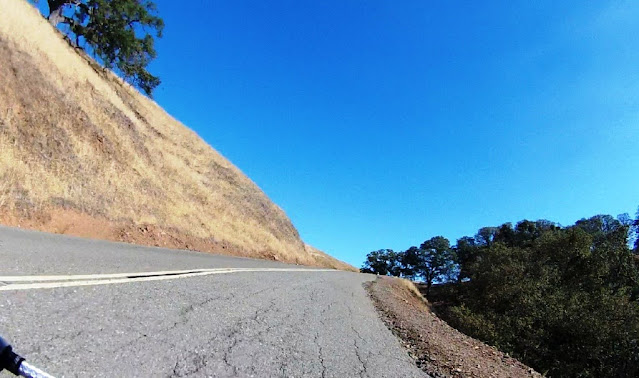 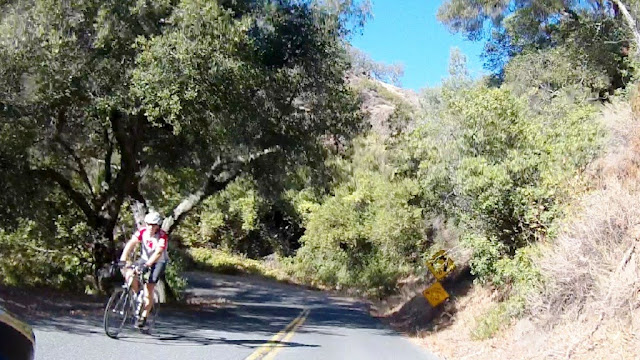 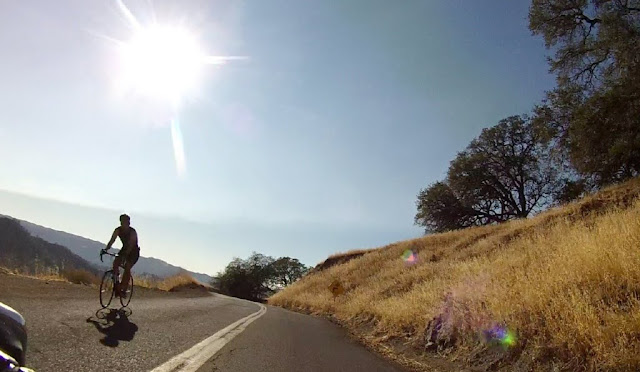