Special guest today: Rick! He's racing the Dash for Cash tomorrow so an easy Diablo ride is good prep. He says this race has a lot of primes so it's pretty crazy and his plan is to stay in the back and save energy and then go for a solo break before anyone expects it.

He took his broken Look Keo pedals back to Performance and they said they had never seen such a thing and opened up a box of new ones and gave them to him... that's a mite better result than I was predicting.

Saw Peter at Junction, coming down from the Summit; he must be starting at 7am.

Then off to Juniper, 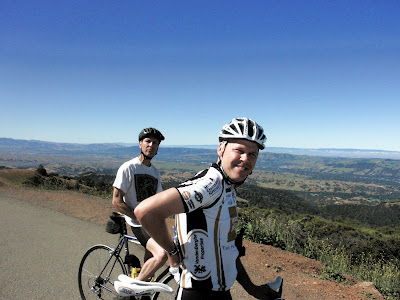 then down to the hole.

Blog reader Ward was at the future overpass when they brought in the arches, and sent along these photos: 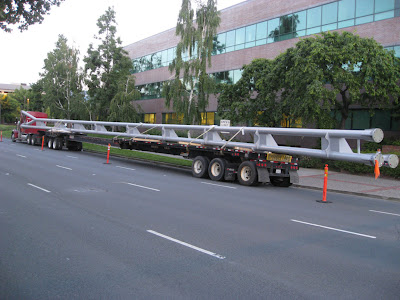 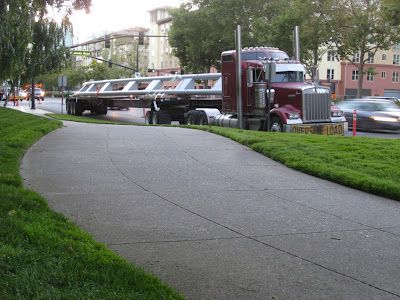 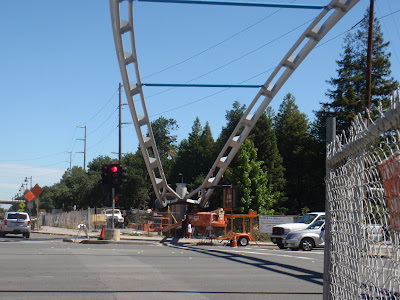 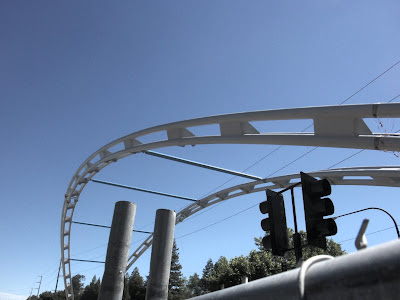 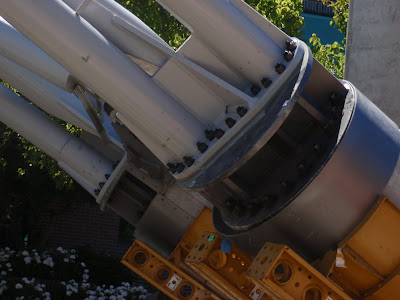 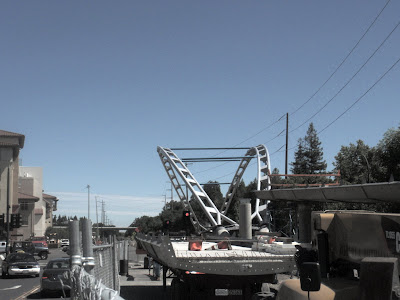 From the south approach, you can sort of visualize what riding it will be like. From this angle, the arches sort of look like a giant taco shell. 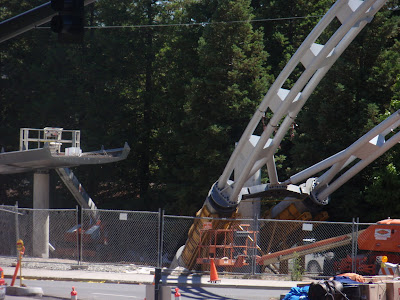 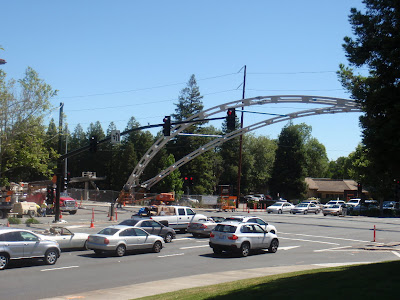 It's quite a bit higher than I was picturing in my head. Those are just the suspension arches though, the riding surface will be quite a bit lower.

They're supposed to have the roadway pieces installed tonight with another closure on Treat, after that they'll be able to finish without any traffic interruptions... maybe another month or so and it'll be ready.

OH- and then Rick calls me about one o'clock and says his race is TODAY, not tomorrow after all so he's going to take a nap and ride it anyway in a couple hours.

And then he calls again about 4:30 and says he WON! Stayed in the back and saved energy and then went for a solo break before anybody expected it. Reminiscent of Paolo Bettini in his glory days. 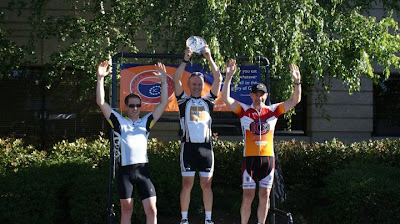 El Podio, and The Ultimate Prize
Posted by Diablo Scott