Got out of work a little later than I was expecting and had to sprint the 7.5 miles to get home in time to prep for the Wednesday Night Ride... so I got to The Church a few matches short.  Shawn and Justin were there and we enjoyed a great ride together.

Hot day for early Autumn - I brought two bottles filled with ice and tea and wore my sleeveless jersey and did a lot of sweating... but the sun was already low so it cooled down a lot before Junction.

It was getting dark enough on the descent to make me think this might be the last WNR of the year... and I thought it was a shame that I didn't declare it to be such before we started.  At The Zigzag I saw a coyote sniffing a reflective cycling vest.  Coyote ran away but I brought the vest down to The Gate in case anyone came back to look for it.

Wildlife Encounter:  coyote at The Zigzag 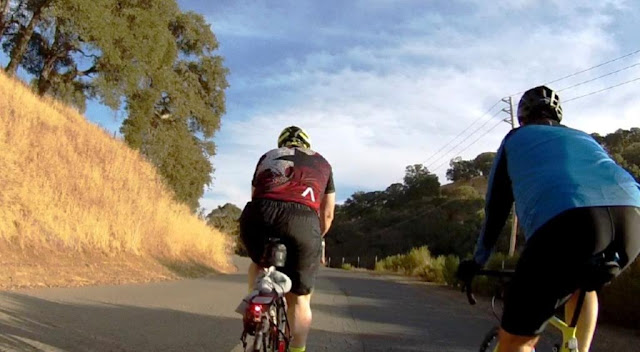 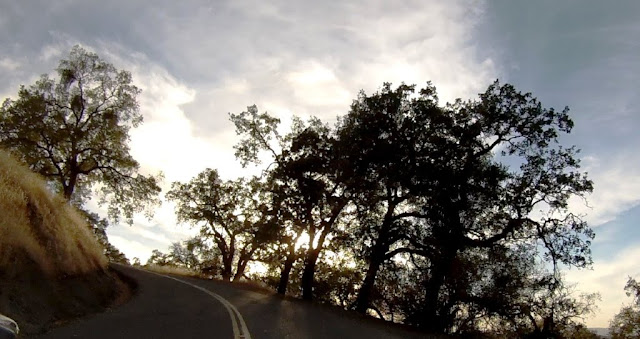