This is the 25th anniversary of my very first century...which of course was the Wine Country Century of 1985. That year they gave out these cool pink cycling hats instead of a patch, I still have mine and wore it to check in. That's where I met Keith, a SRCC volunteer at the "E through H" table and he had his on too. 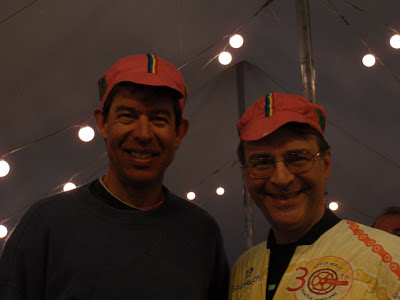 Keith took me over to the "T through Z" table where I met the woman who designed the artwork for the hats... (grape leaves and rolling hills). That was a fun connection.

Last weekend, the forecast for this weekend was rain, and I was ready for it, but by mid-week they had revised the forecast to sunny and ZERO percent chance of precip... a welcome modification. I started off with knee warmers, arm warmers, and an undershirt and was pretty comfortable. 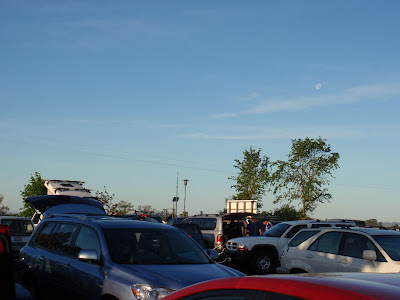 The first 20 miles were really packed with riders... I found a decent group and settled in. 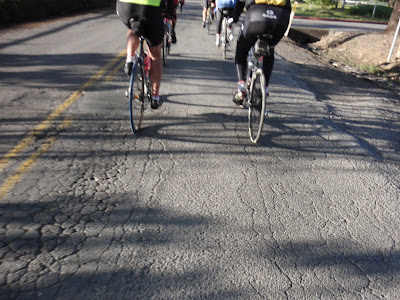 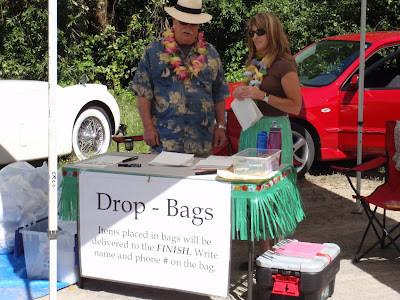 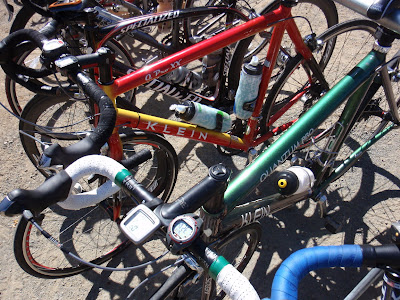 Klein Krown goes to this red and yellow Waterloo beauty. 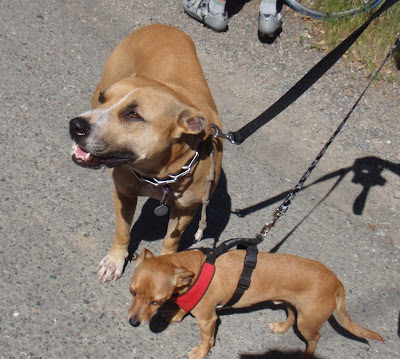 Between rest stop 2 at Wohler Bridge, and rest stop 3 at Warm Springs Dam, there was a pretty constant headwind... not terrible but kind of a nuisance. After the RS#3 though we were going the opposite direction so that was great fun. 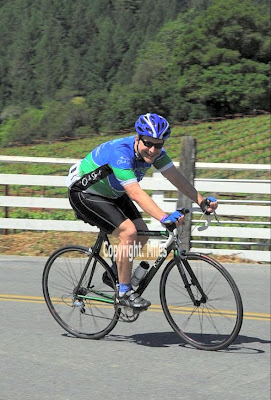 Managed again to finish the climbing before the cramps manifested but right afterwards I had to stop and walk around on the side of the road for a while... damn, that was painful.

But now there were only a few miles left and I polished them off pretty quickly. But just to make things interesting, I got a puncture with only two blocks to go! It was one of those PSSST PSSST PSSST PSSST punctures that tell you there's no way you can keep rolling. If you were on the ride, it was at that Chevron station just before the turn into the parking lot access. So I fixed the flat and rode like 500 meters to my truck and called it a ride. 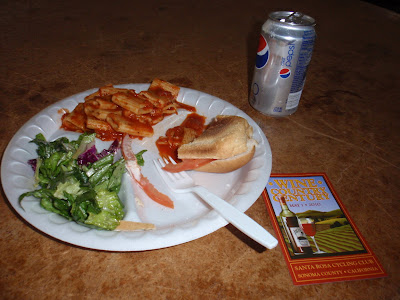 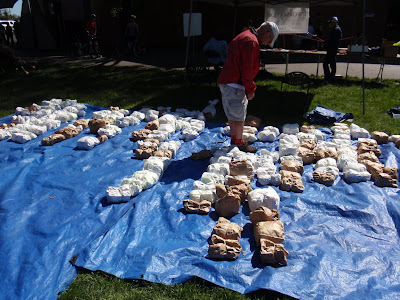 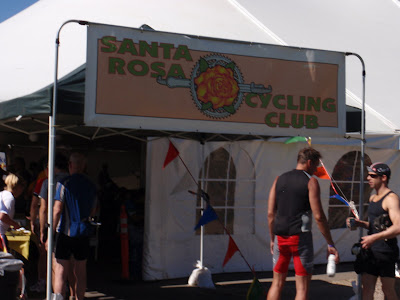 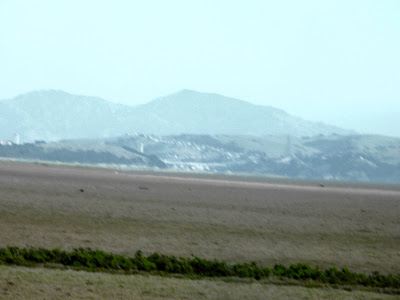 Home is that way.

My buddy flatted 4x last year, and I've been flatting consistently for the last few weeks. None Saturday though. I felt blessed. Makes for great stories though.

I'll never forget the awesome tailwind home. The 200k course put us parallel to 101 for a while, where we could have put up a sail and gone faster.

Another great day on 2 wheels.

Losing the bell was a positive. We did the Grizzly this weekend and you're right, the weather was a bonus!

New sub...
Are you still using that handlebar bag that you got for a ride last year? Do you like it? Thinking of getting one for an upcoming ride. Cheers!
Keithnp@gmail.com

It's not on now, but I do like that handlebar bag and I would use it if I were doing rides that required more gear than I could stuff in my jersey pockets.

So I'll put it back on if I do another double century or maybe a long unsupported ride where there aren't any convenience stores. I don't need it for organized centuries like Santa Rosa, but some people would appreciate it for a camera, medicine, or other bulky items they don't want to put in their pockets.