It was kind of cold this morning, but 2/3rds of the country is having a major heat wave, so I decided not to bring arm warmers.  JB showed up with a jacket, but he took it off at The Gate... then it kept falling off his bike rack and he had to stop to re-pack.

My twisted knee was still kind of hurting, but riding didn't make it hurt worse, so I figured it was OK.

JB said he's decided Ed Litton will be the frame builder to repair his Della Santa.  They talked and JB found out he knew Roland since he was 15 years old... that's a pretty cool connection.  Cost estimate is $175 for the repair and $700 for re-paint - schedule is 6 weeks.  JB wants to keep the old downtube for a souvenir.

At Junction, there was a guy trying to fix his broken chain, but he was having a lot of troubles.

At Junction another guy recognized my bike and asked if I was Diablo Scott and then we did a selfie!  (note broken chain guy in the background) 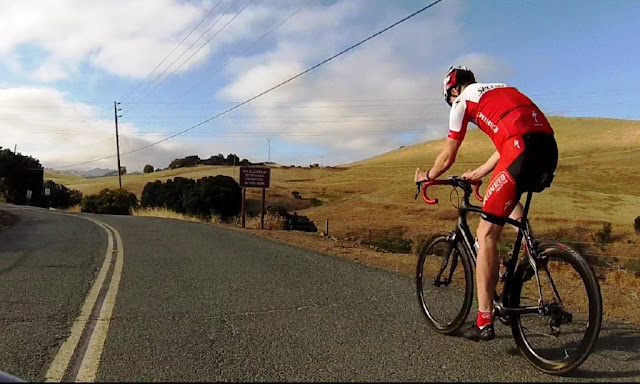 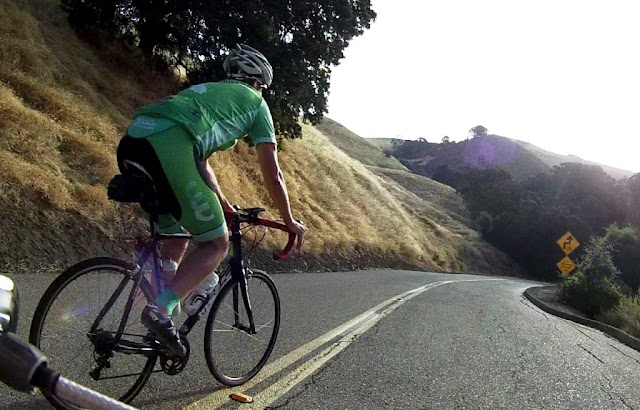 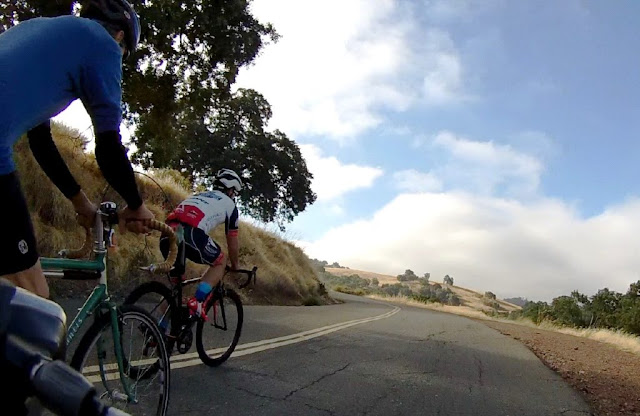 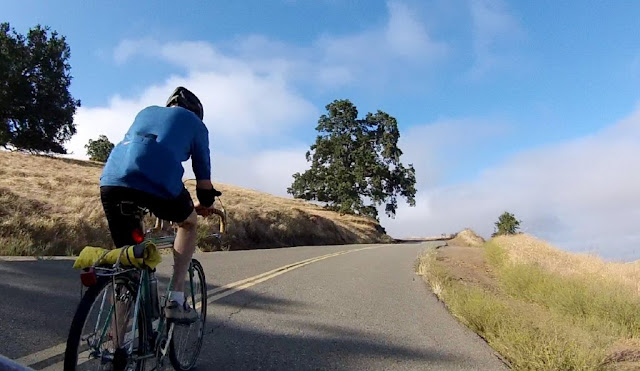 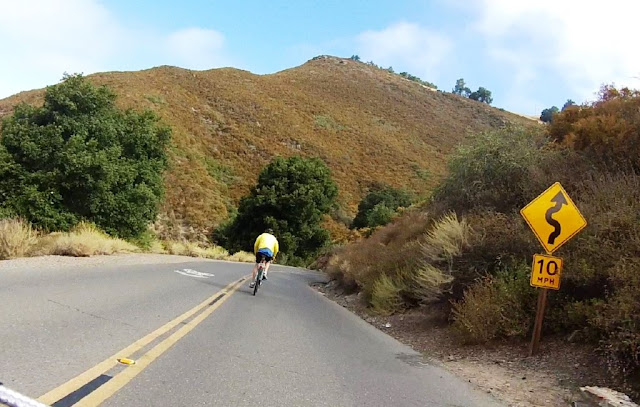 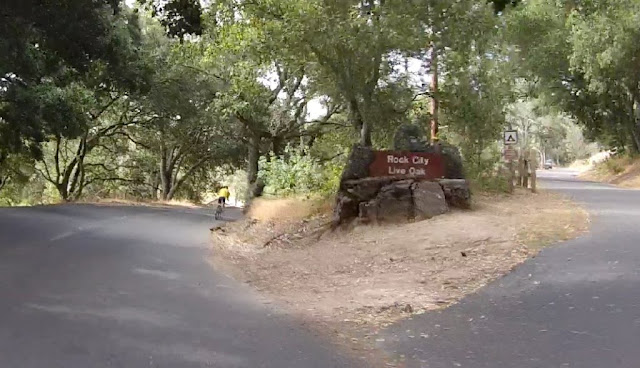 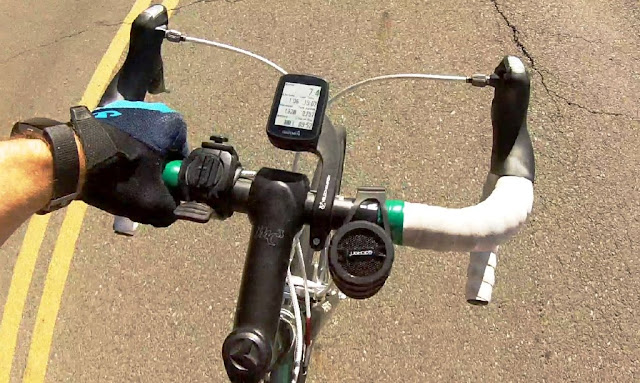 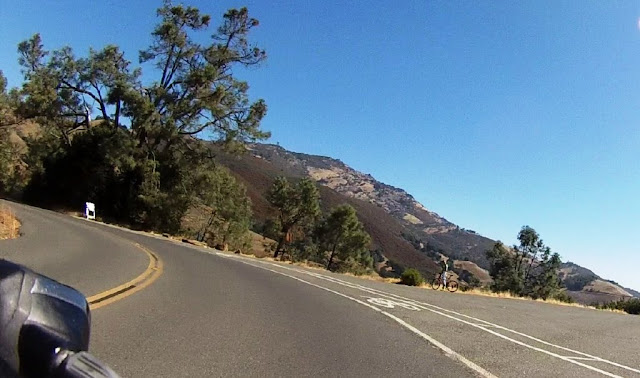 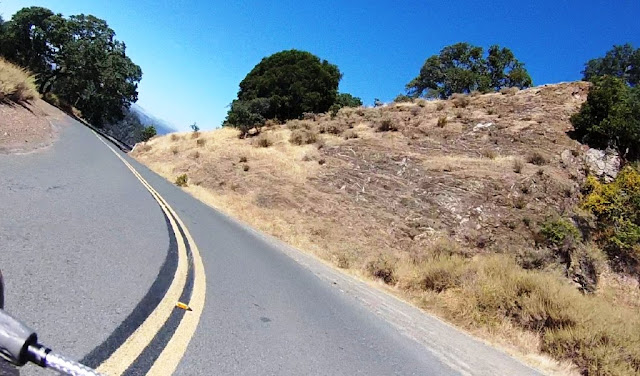