After Thursday's ride, I made the tiniest rotational adjustment to my handlebars and it felt like a totally different bike.  A little too much though, so after this morning's ride, I rotated them back a half as much.  Standby for updates on this critical news.

The sun is no longer in my eyes as I ride down Walnut Avenue in the morning... unfortunately it wasn't out at all today and it was pretty cold until about 8:30.  I toughed it out in arm warmers.

The Ranger at North Gate asked us not to stop in the zone of the kiosk.  This is the place JB always takes off his jacket or something right before we start.  We're never there for more than a minute and we weren't blocking any traffic even if there were some traffic.  I'm not sure what he was concerned about but I wanted to oblige - he said just a little farther ahead or a little farther back would be fine.

JB's bike is still at the shop - he doesn't want the builder to feel rushed.

Above The Bump, one male with a good set of antlers found himself in front of us without a clear exit strategy.  We tried to calm him with soothing words describing our peaceful intentions, but he was a bit panicked.  He trotted along ahead with frequent glances back at us to see what we were up to, and then he finally found a place where he could get off the road into a safe bushy area.

There's a pretty big forest fire going on in Geyserville - 80 miles to the northwest but you could see the smoke in the air and I could feel it a little in my throat.  Supposed to be some really serious wind the next couple nights too - could get a lot worse.  Diablo will be closed starting tonight, they're expecting power outages too. 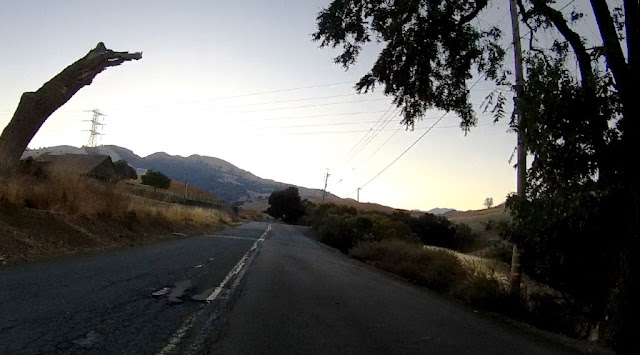 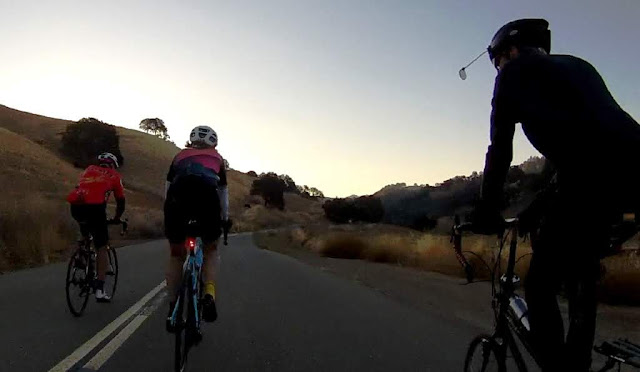 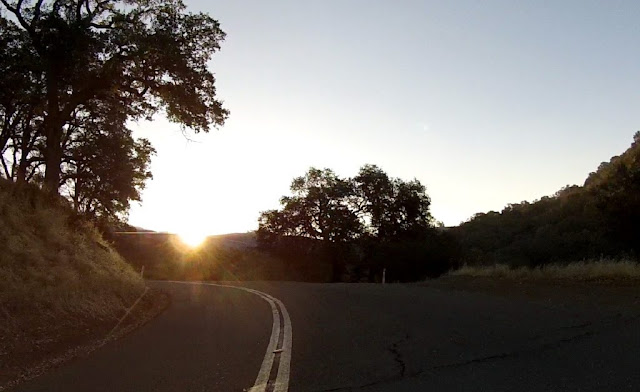 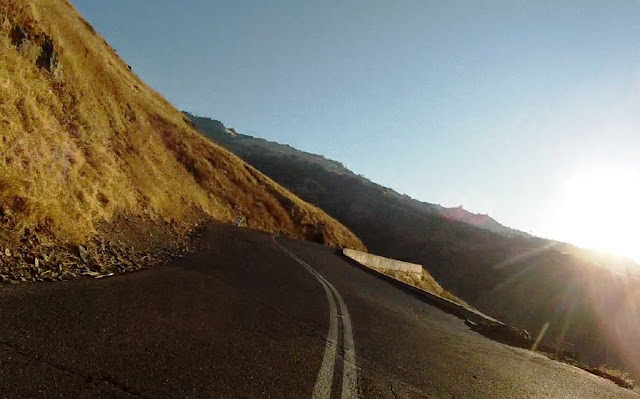 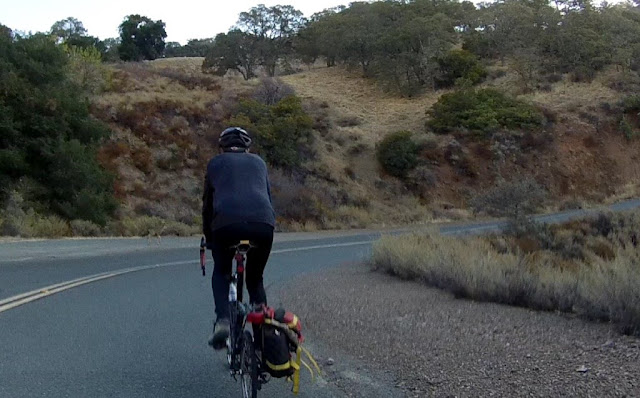 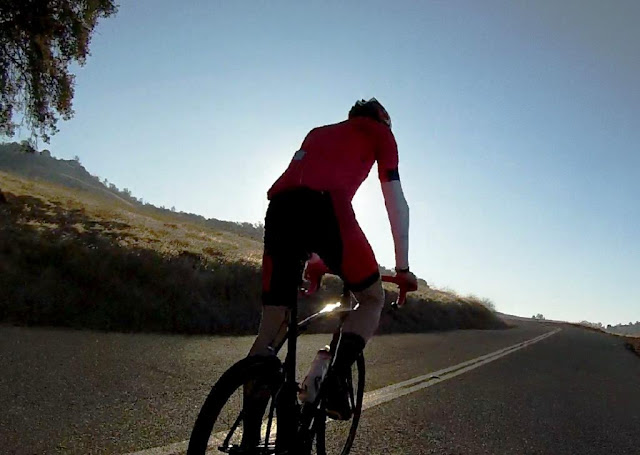 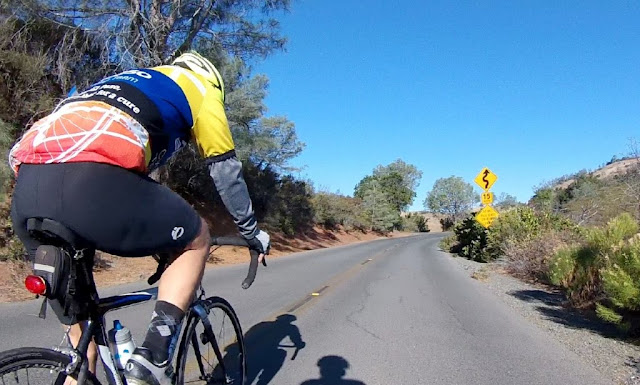 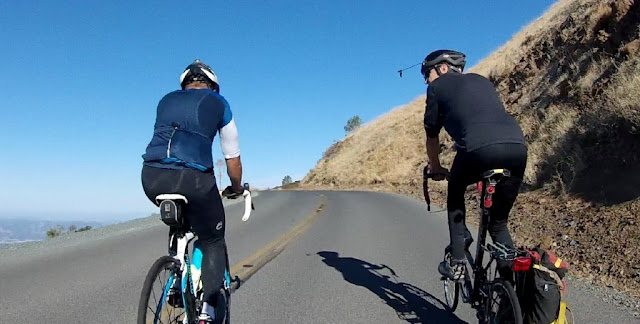 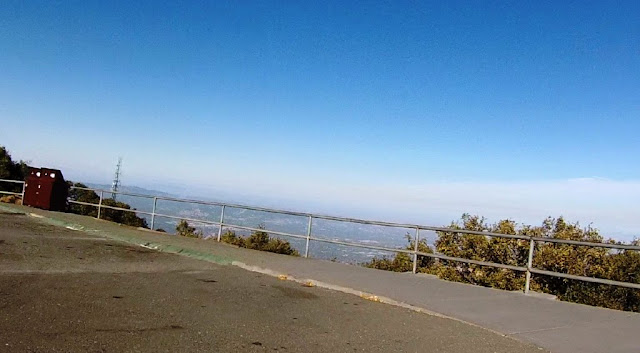 Fire is that way. 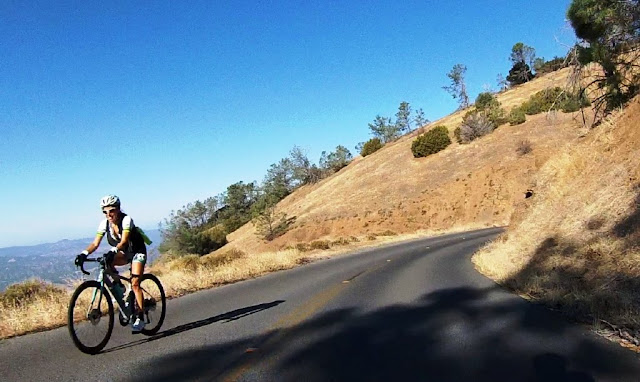 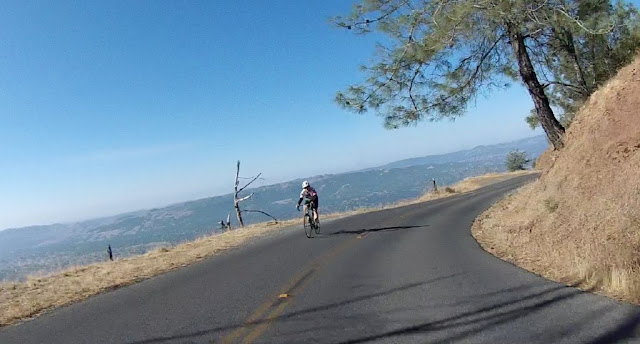 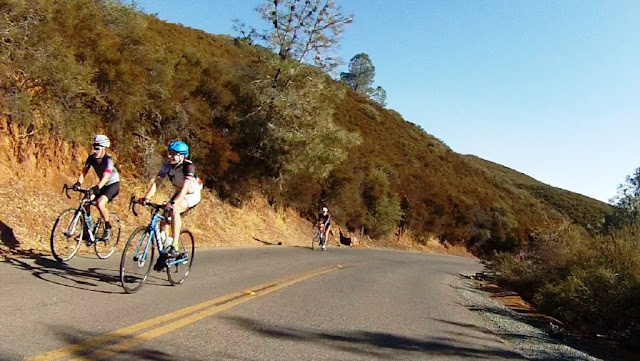 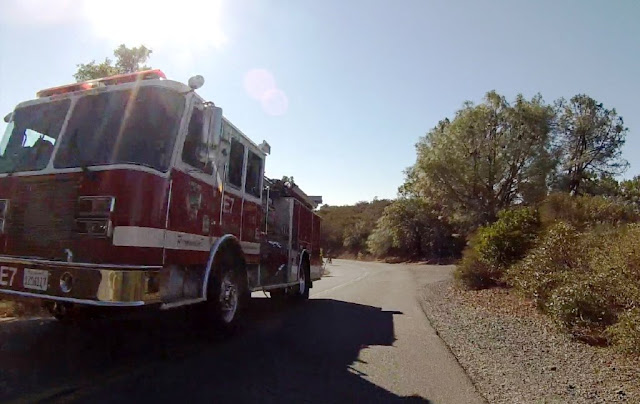 These guys had their emergency lights on, but weren't in a hurry. 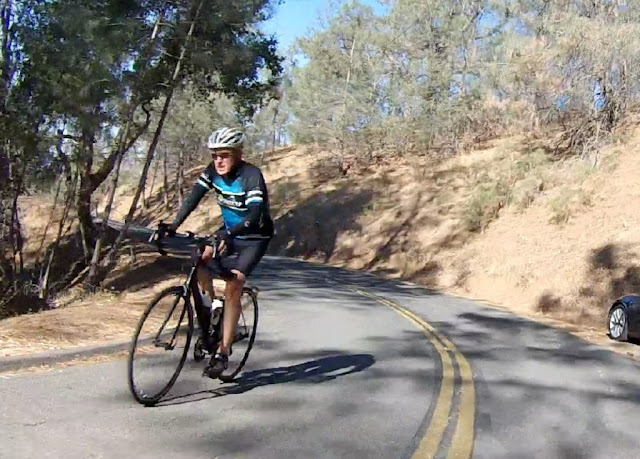 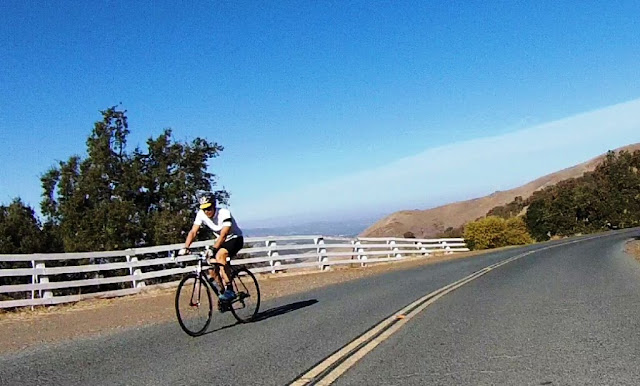