The Wednesday Night Ride group all decided tonight would be the last WNR of the season.  Kathryn arranged for an early start and pizza after.  But Shawn got called out of town and a few others were out with minor illnesses or other issues so there were only three of us.  Also, fire season got a jump start and preemptive power outages were in effect and we weren't even sure The Mountain would be open.  So the last WNR of the season was very enjoyable and memorable, but not a big event.

We were talking about the best way to determine whether The Park was open, and Charlie related his phone calls with the rangers, I discussed the various web resources... and then this other guy who happened to be there says he checks the Strava segments to see how many riders have logged rides - filtering by "today"... BRILLIANT! 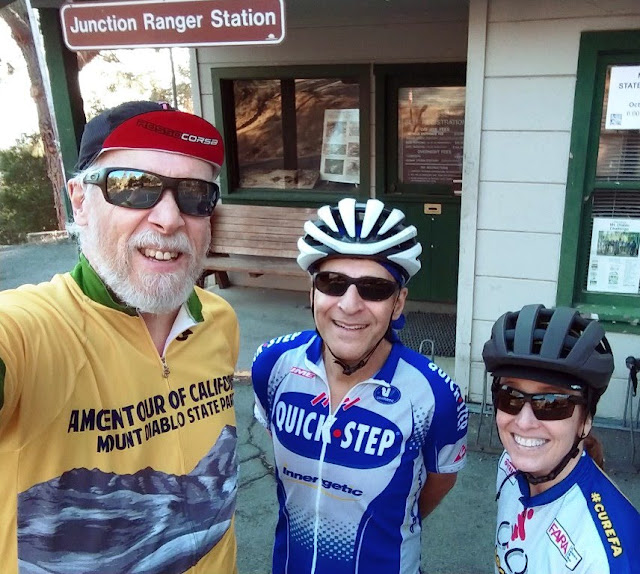 Well if you average out the three of us, we're average height. 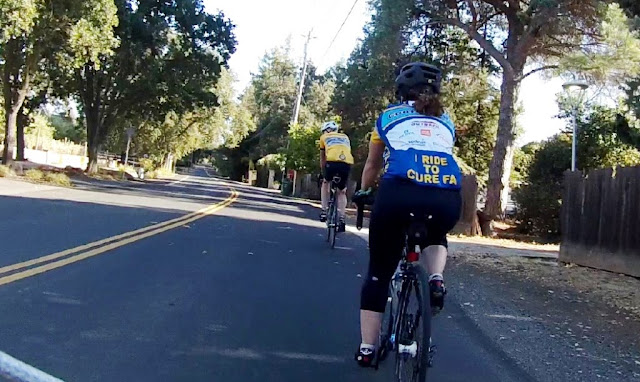 Kathryn had never noticed the winery over there on The Approach. 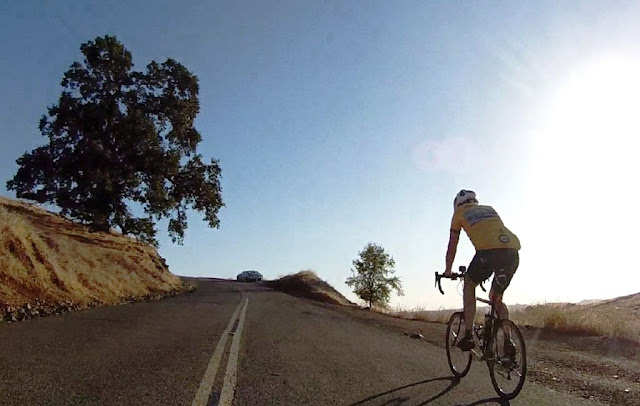 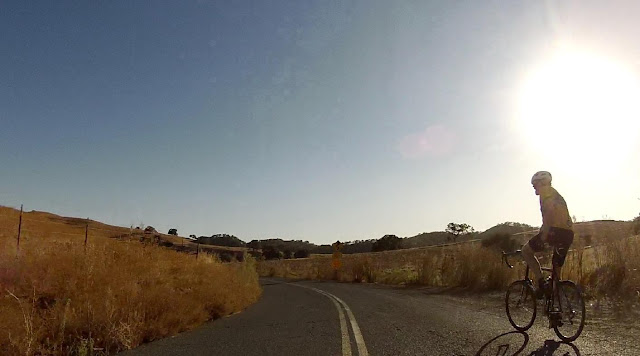 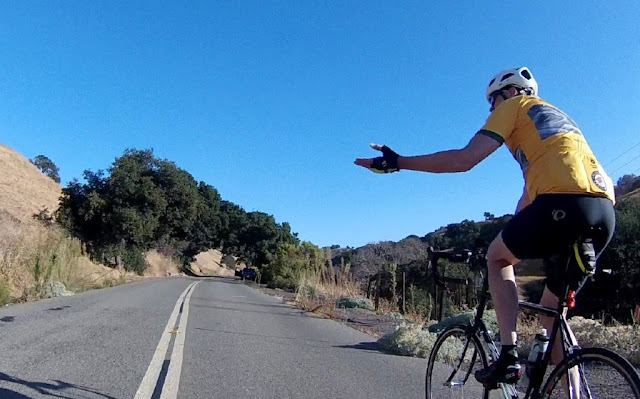 Charlie gesticulates wildly at his own shadow. 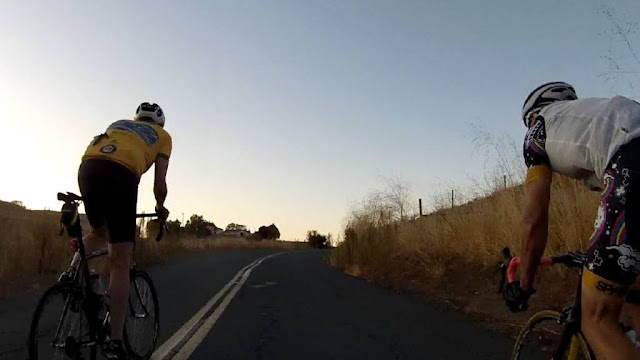 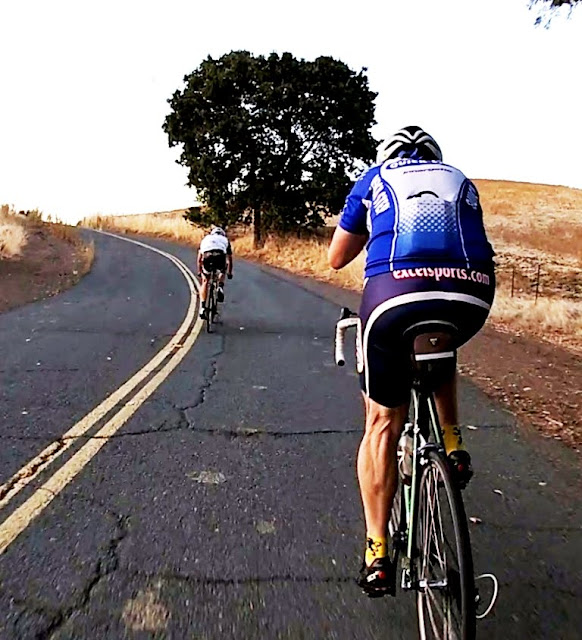 Charlie sent me this photo - my leg looks ridiculously muscular.