We knew it was going to be a hot one today - but it wasn't too bad until later.

JB took his custom Tom Teesdale to Ed Litton for repairs. He's had that bike since he worked at a bike shop in Iowa City - probably 45 years, and he wrecked it commuting to work about 30 years ago (ran into a kid riding on the wrong side of the road). So it's been sitting in his garage with three broken tubes collecting dust since then. He said Ed said he would enjoy bringing it back to life and had some good ideas for fender braze-ons, dropout spacing, and such. Then JB showed him the official Iowa Hawkeyes school color paint palette and Ed said he could match that very closely with Imron paint, so maybe by Christmas JB will have a resurrected TET.

Wildlife Encounter:  two small deers at the bottom of The Bump.

JB wanted to talk about The Warriors and basketball, but I had nothing to contribute and barely even know what all the hubbub is about.

I used my same old knee sleeve, but the patella donut had come out (see blog-previous). It still feels good in compression, and it still has the lateral support thingies, but doesn't soak up the shocks quite as well. 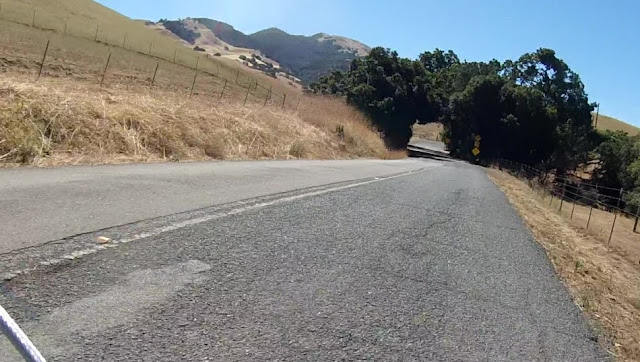 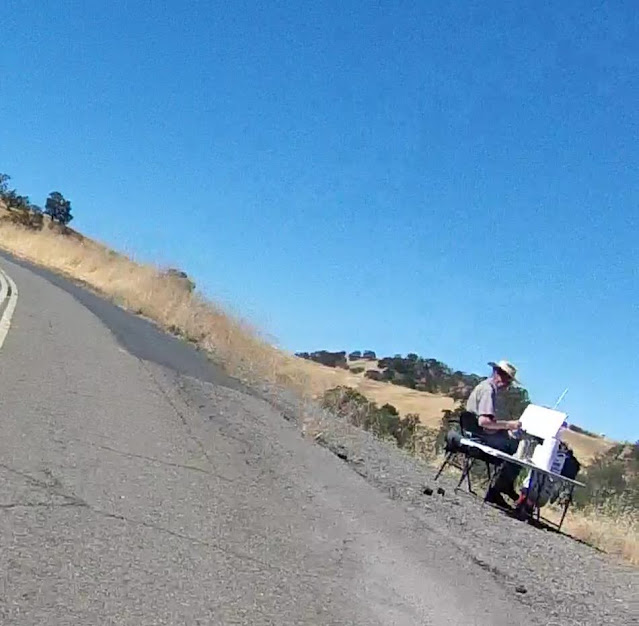 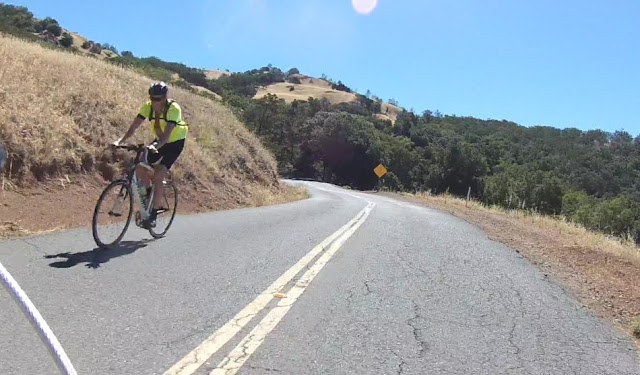 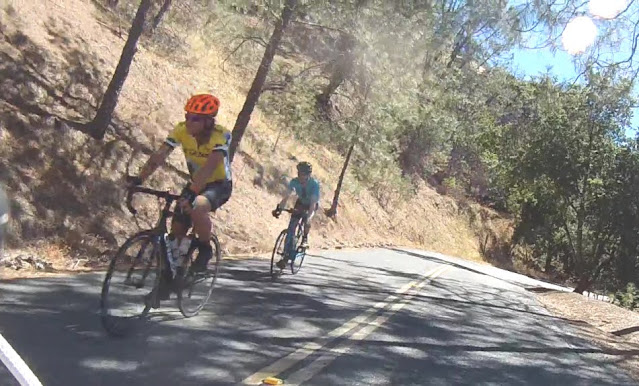 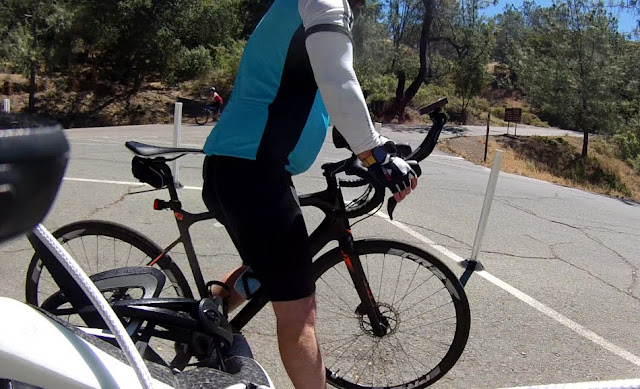 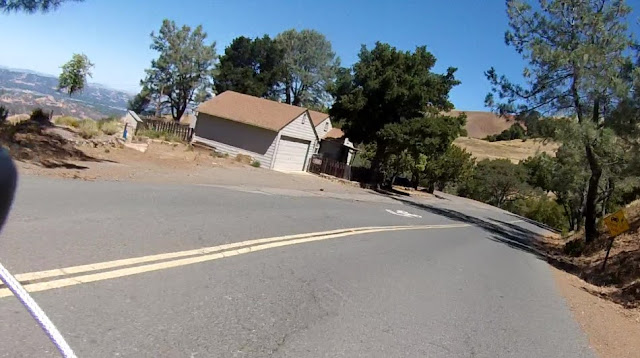